When Acworth first was incorporated in 1860, Christmas was celebrated differently than it is today. In Colonial days, Christmas was a raucous holiday that started with musket fire or strings of firecrackers, and ended with riotous feasting, gambling, carousing and demands for gifts.

In an effort to keep youngsters out of harm’s way and off the streets, the winter holiday began to change by the 1860s. The celebration transitioned and became centered in the home, with a focus on family and children. A quieter approach was taken for the feasting as well, with turkey or goose as the favored centerpieces for the family Christmas dinner.

A good example of the changes in Christmas traditions is the family tree. An 1860 Christmas tree would have been a small tabletop version, most likely a variety of a local evergreen, placed in the parlor. A common misconception is that the use of a tree at Christmastime was based on the much publicized tree of England’s Queen Victoria and Prince Albert. But, notations of Christmas trees are found throughout American literature, well before Prince Albert’s time. These small evergreens were decorated with toys and candles behind closed doors, and revealed to the children on Christmas morning.

Holiday gift giving also has changed dramatically over the years. Prior to the mid-1800s, gifts were unwrapped and merely set into or underneath the trees. Gifts were small, handmade items, or inexpensive trinkets. By the turn of the century, stockings were being hung at the fireplace, in accordance with the popular American poem “A Visit From St. Nicholas,” penned by Clement Clarke Moore in 1823. Today, the poem commonly is called “Twas the Night Before Christmas.” Stockings were filled with fruit and nuts. Other small gifts might be included, like a small toy, a piece of jewelry for girls, or a knife for boys, but no large presents.

My favorite of the gift-giving traditions, lost in today’s hustle and bustle, is that of “secrets.” According to Eliza Leslie, “secrets” were made by wrapping treats, such as a nut or candy, along with a verse (Bible or poem) in colored papers to be handed out to visitors during the Christmas season. Leslie was the Martha Stewart of her day. In 1837, she published “Miss Leslie’s Directions to Cookery,” an extensive manual for ladies. Included in the publication were detailed instructions for conversations, manners, dress, introductions, shopping, and the proper conduct in the street, at places of amusement, while traveling, and even at the table.

You might want to try some of these older customs as you celebrate the 2020 Christmas season. To get the true flavor of an 1860 Christmas, plan a visit to the William Root House Museum & Garden in Marietta. It is owned and operated by Cobb Landmarks, and offers an accurate portrayal of middle-class life during the 1860s. The house is decorated for Christmas throughout the month, and is open 11 a.m.-4 p.m. Tuesdays through Saturdays. For more information, visit www.roothousemuseum.com. Merry Christmas, y’all! 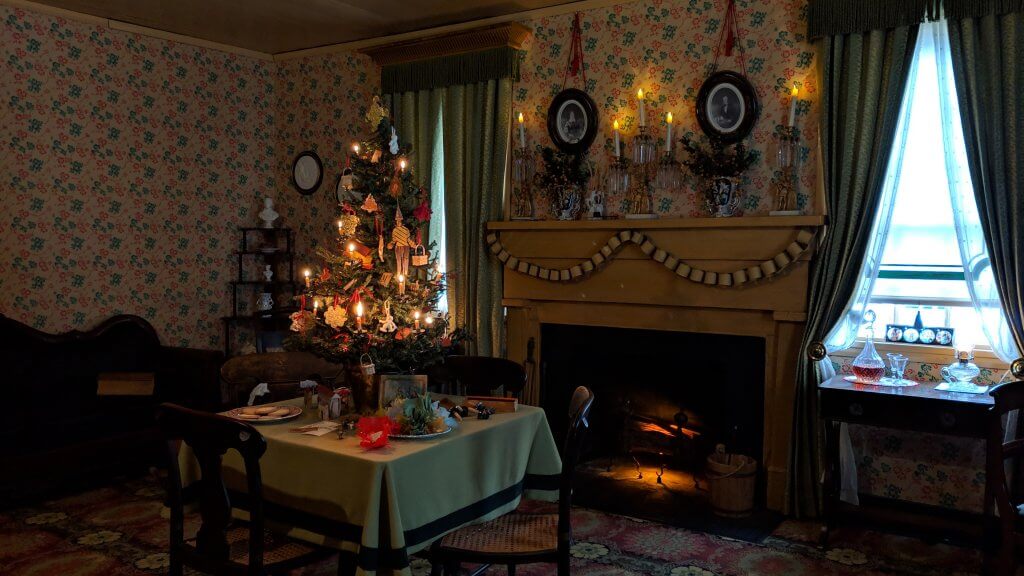