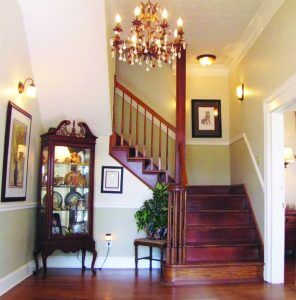 In this month’s issue, we will visit one of the oldest and most interesting houses in Acworth. Located at 4784 Northside Drive, the house holds secrets. Little is known about the original owner, Tarleton Moore, and no one is sure when the house was built.

Tarleton Flemming Moore (1822-1907) moved to Acworth from Cartersville in the early 1870s and was involved in the construction and operation of a cotton and gristmill named Moore & Cowan Mill. The ruins of the mill now house Gabriel’s at the Old Mill Restaurant. Little is known about Moore’s early years, as no records of his life exist until 1850. He was born in Virginia, and lived in Nashville before marrying Harriet Tippin in 1859. Tarleton and Harriet had three children. Harriet died in 1874. Moore owned large amounts of property, primarily farmland, and by all accounts was a wealthy man.

After Tarleton’s death, his daughter Annie Moore inherited the home and lived there until her death in 1936. She was a charter member of Acworth Calliopeans (later Carrie Dyer Woman’s Club) and was also president of the local chapter of the Women’s Christian Temperance Union, an organization dedicated to the abolition of alcohol. Interestingly, when the foundation was rebuilt in 2011, workers found a large number of liquor bottles.

After Annie’s death, a fountain was dedicated in the city park on North Main Street in recognition of her civic pursuits. The house and its 30 acres were sold to a group that included L. M. Awtrey, Hilton Nichols and W. B. Johnson. In 1941, Elmer Dover purchased the home and lived here until his death in 1981.

The Tarleton Moore House is a one-and-a-half story, Gothic Revival-style gabled cottage with a steeply pitched side-gable roof. The front of the house has two steeply pitched front-gable dormers with arched windows and heavy window hood molds. There is a front porch with a flat roof, square posts, balustrade, a heavy entablature and elaborate scrollwork. The house was once the only “Pastor’s House” in the area, designed to accommodate itinerant pastors of all denominations. The original back staircase allowed pastors to access their lodgings without disturbing the family in the main portion of the house. Since the Moore home was located close to most of the churches in Acworth, this was a financially favorable situation for all parties.

The house was added to the National Register of Historic Places in 2006, and at press time the house is for sale. Now, you have a chance to own a piece of Acworth history. 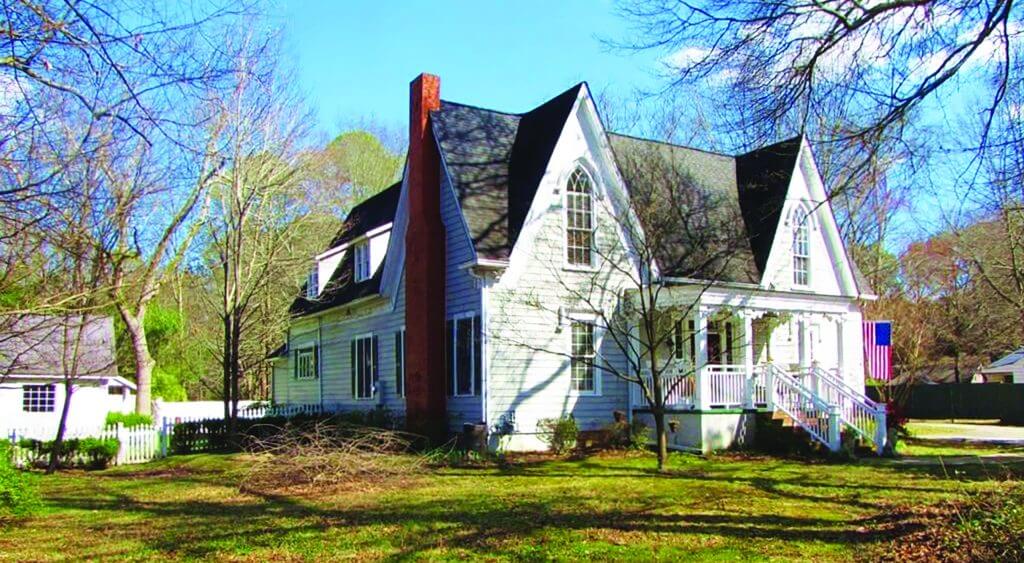