Ask any kid what is important about Memorial Day and I am confident the overwhelming answer will be “The pool opens!” Ask the same question to adults and most of them will answer “A three-day weekend!”

For most Americans, backyard barbecues and pool parties are the order of the day. It seems each year there is less publicity and recognition of the significance and importance of Memorial Day. 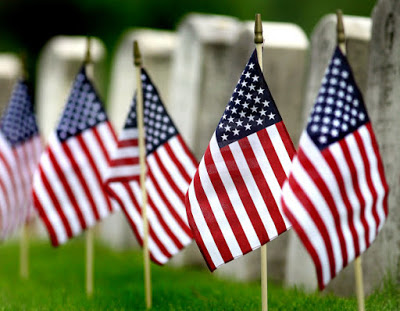 Memorial Day was originally called Decoration Day. On May 5, 1868, Gen. John Logan, the national commander of the Grand Army of the Republic, proclaimed in his General Order No. 11 that May 30, 1868, be designated as the day to decorate the graves of comrades (Union and Confederate) who died in defense of their country during the Civil War.

In December 2000, Congress passed the National Moment of Remembrance resolution. At 3 p.m. (local time) on Memorial Day (May 29 this year) Americans are encouraged to observe a moment of silence in remembrance and respect for our fallen military men and women.

The unofficial motto of Memorial Day is “All gave some, some gave all.”  The origin of this phase is often thought to be out of the Vietnam War. Certainly, Vietnam Veterans grasp it in remembrance of those 58,315 on the Vietnam Memorial Wall. The most likely source of the phrase was in a speech by Howard William Osterkamp, a Korean War veteran, U.S. Army sergeant and Purple Heart recipient.

This Memorial Day, make it a priority to observe the National Moment of Remembrance, attend a Memorial Day service at the National Cemetery in Canton or Marietta, or a local event. Freedom isn’t free. Our freedom has been paid for by those fallen heroes of the U.S. military. Their families continue to carry the burden of the loss of their loved ones. Reach out to them with your respect and thank them for their sacrifice.

May 27 – A celebration to honor those who gave their lives in service to our country will be held at 10 a.m. at Patriots Point in Cauble Park.

May 29 – North Cobb Post 304 Memorial Day Ceremony will be held at 5 p.m. at Kennesaw Cemetery.