I was caught cheating off a kid named Juan on a 10th-grade Spanish quiz. I’ll never forget it. 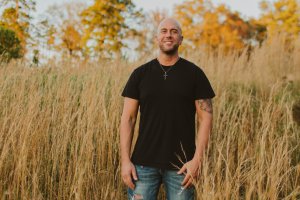 In our first class, the teacher gave a quiz to see how much work was needed to get us up to speed. With me, it was a lot. I didn’t know any Spanish. The quiz was multiple choice, with questions in English and answers in Spanish. I did a superb job reading the questions. I just couldn’t understand the answers. Beside me was a new student from Mexico whom I hadn’t met. Bingo! Since this quiz wasn’t for a grade that counted, I just copied all his answers. No big deal, until I got back my “grade” — 37 out of 100, a little different than I expected. The teacher gave me a “bless your heart” look while laughing uncontrollably. He said, “J.R., you didn’t understand the answers because they were in Spanish. But Juan, he didn’t understand the questions because he doesn’t know any English.” Caught. Red-handed.

Maybe you know what it’s like to be caught. Maybe it was small, like a Spanish quiz, or maybe it wasn’t.

Small: my story. As a result, I didn’t even get in trouble because the teacher thought the circumstances were so hilarious.

Not small: Maybe you got pregnant as a teenager, and the people who should’ve walked with you chose to walk out on you. Maybe you did something that hurt your spouse, and you’re reminded of it every time an argument ensues. Maybe you are in recovery, but someone you love can’t let go of the past.

How do you want people to respond to you when you’re the one who’s caught? How should you respond to others? More important, how does God respond? We live in a culture obsessed with catching people doing wrong. Some people even live for that moment when they finally catch you in the act and hold it over your head for as long as it’s convenient, or they cancel you altogether. It’s not supposed to be like that.

There is a better way. Paul wrote about this very thing. “Brothers and sisters, if someone is caught in a sin, you who live by the Spirit should restore that person gently. But watch yourselves, or you also may be tempted. Carry each other’s burdens, and in this way you will fulfill the law of Christ.” (Galatians 6:1-2)

Did you catch that? Paul redefines what it means to be caught — to carry the weight, not to point the finger. Imagine that!

Since we all have been caught at some point, wouldn’t it have been better if the motivation of the person was to carry rather than condemn? We can’t control other people, but we can change the paradigm ourselves. As for me and my house, I will make it my ambition to CATCH (carry) people rather than CATCH (condemn) people. Let’s run toward them in their darkest hour instead of running away. Let’s stop giving them grief and start giving them grace. We are called to treat others the way Jesus treated us — with scandalous grace that we didn’t deserve. That’s the way it should be. If grace doesn’t seem too good to be true, we aren’t understanding it correctly.

I can’t change the entire world, but I can change mine. Let’s be known for restoration, not condemnation. Let’s catch people when they fall instead of kicking them when they’re down. Let’s stop catching people and start catching them.

– Pastor J.R. Lee is husband to Devin; dad to Lexi, London and Bryce; and pastor to Freedom Church. You can catch up with him on Instagram at @PastorJRLee, Twitter at @JRLee or on Freedom Church’s YouTube Channel.