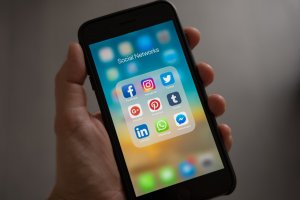 Of course, there is nothing a defense lawyer would love to find more than evidence that a plaintiff is exaggerating or faking their injury. For instance, if a plaintiff claims to be severely injured, but is pictured on Instagram or Facebook enjoying a vigorous physical activity, it likely would kill their case. Admittedly, this seems completely logical. However, sometimes people can appear healthy and unaffected by an injury in their social media pictures, despite the fact that they are suffering.

The use of social media evidence in legal cases can be problematic, because it is so easy to take pictures out of context. It isn’t just those faking injuries that have something to fear. Legitimately injured victims of accidents can, and sometimes do, lose cases because their social media image makes them look like they are doing better than they actually are.

When a personal injury victim realizes that they have information online that could damage their case, the obvious solution is to delete that information before the other side sees it. However, it is important for personal injury victims to consult with their attorney before doing so. Litigants in a case have a duty to preserve all relevant evidence — including social media evidence.

Georgia courts can sanction any party to “contemplated or pending” litigation that destroys evidence necessary to the other party’s case. For example, a Virginia court sanctioned both the plaintiff and his counsel for, in part, “spoliation of Facebook evidence.” In that case, the lawyer helped his client “clean up” his Facebook page by deleting incriminating content before complying with a discovery request issued by the opposing party.

By Joel Williams, contributing writer and partner at Williams | Elleby, a personal injury law firm based in Kennesaw, Georgia.