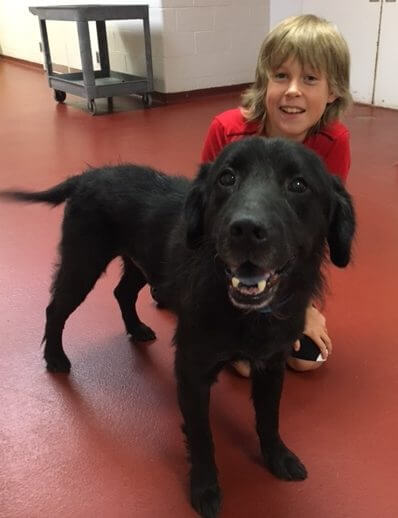 These animals are at Cobb County Animal Control.  This dog is called Ollie. He is about 6 years old and was a stray and is really thin. He is also really friendly and gentle and is good with kids and an awesome dog. Whoever adopts him will be really happy. His number at the shelter is 588467. 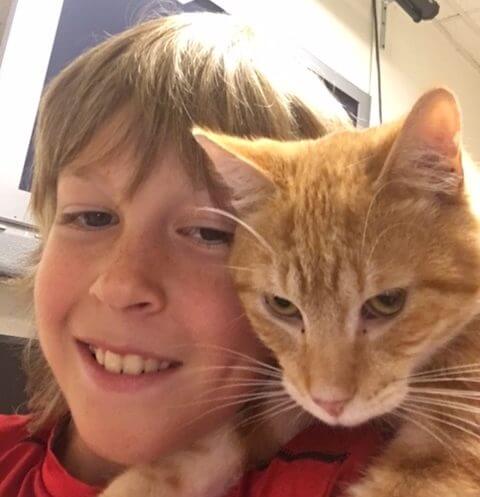 This cat is Olaf. He is a 1-year-old orange Tabby. He loves playing with toys. I really wish that I could have this cat. I would love to take him home.

This is thanks to State Rep. Joe Wilkinson (R-Sandy Springs). I did an interview with him at Ray’s on the River.

Rob: Do you have any dogs at your house?
Rep. Wilkinson: Not at the moment. Soon I will adopt two new dogs for our home, though. I used to have a Corgi called Harmony, who was named after the Coke [Coca-Cola] song “I’d Like to Teach the World to Sing.” I would like to get another Corgi from the same AKC breeder where I got Harmony. I will also be adopting a dog from the shelter and I’m not sure what kind of dog that will be. My grand-dog is a Pug and I find that a really appealing breed, but I ultimately believe that dogs find us as much as we find them.

Rob: Do you have any cats at your house?
Rep. Wilkinson: I have had three wonderful cats in my life. I had Smokey for 18 years through college. My more recent cats were Boomer and Jiggs. I adopted them from the Atlanta Humane Society. I definitely want another cat.

Rob: Did anyone in the Senate not like your idea?
Rep. Wilkinson: Two senators were opposed to the idea. One was a breeder of Bulldogs. The Senate blocked my bill, but it was rescued by Sen. Burt Jones (R-Jackson) and was signed into law by Gov. Nathan Deal.

Rob: What made you think that we even needed a State Dog?
Rep. Wilkinson: It creates a vehicle to bring attention to animal rescue and how important animals can be in a community and family.

Rob: Are there any other dogs that could have been the State Dog?
Rep. Wilkinson: Through the years there has been a lot of support for the Bulldog and Labrador breeds, but I wanted to make any dog that needed a home the state dog.

Rob: How did you come up with the idea of making the shelter dog the State Dog of Georgia?
Rep. Wilkinson: First thing every morning I read a political newsletter written by Todd Rehm. He always starts the newsletter by featuring adoptable dogs in the area. His newsletter raises such awareness of adoptions and rescue groups. I am also a bit of an amateur historian.  Now, the Colony of Georgia was founded by James Oglethorpe to give people a second chance. A second chance for religious freedom and economically. Essentially, a second chance at life. “Not for ourselves, but for others,” was the motto of the original Georgia colony. Putting the “adoptable dog” up as the state dog is in keeping with the original spirit of Georgia and represents a second chance in life for them. The goal is to save animals’ lives and to enrich the lives of the families who adopt them.

Also, from a cost perspective, did you know that it costs state and local authorities $10 to $40 per day per shelter animal and Georgia shelters see about 500,000 stray animals per year. Millions of dollars are spent every year on euthanasia and disposal of bodies. This was not frivolous legislation. It has drastic cost saving effects as well as the ability to enrich the lives of pet owners.

Rob: What is your favorite dog breed?
Rep. Wilkinson: I really like Corgis and I had a Collie growing up. My grand-dog is a Pug. These are probably my favorite breeds, but I like all dogs.