A new express bus route will provide service from Kennesaw State University to SunTrust Park and schools in downtown Atlanta and Marietta. The route is targeted to university students, faculty and staff, but will be open to the public.

The new express route is the result of a transit study conducted by KSU and the Cobb County Department of Transportation to improve options for students and staff of Kennesaw State and Life universities.
The new route addresses the need for reliable transportation alternatives in the U.S. Highway 41/Interstate 75 corridors in Cobb County and in Midtown and downtown Atlanta, Cobb officials said.

By Carla Caldwell, editor of Around Acworth 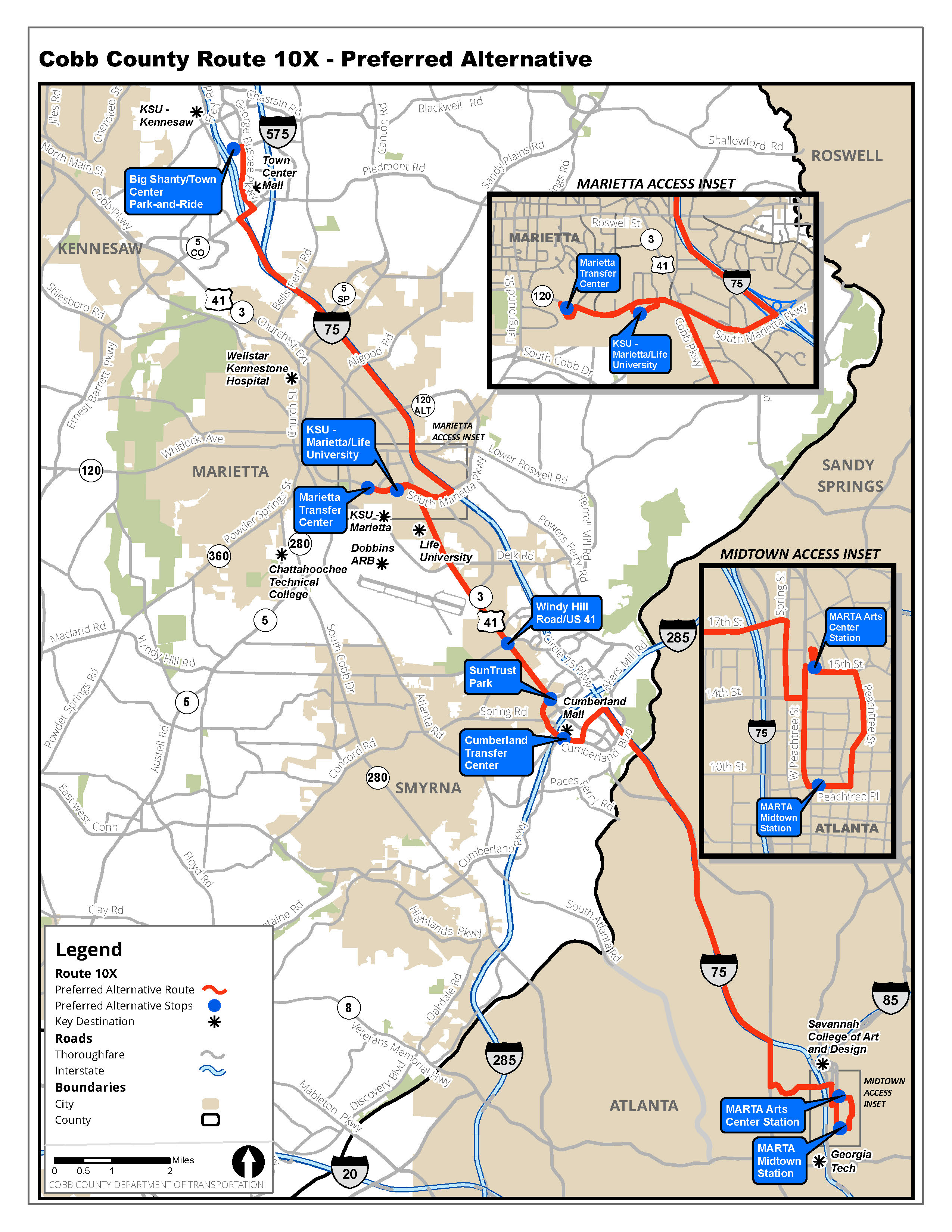