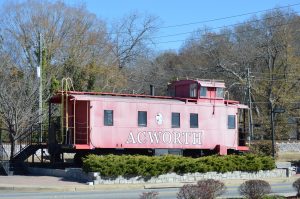 Back in 2012, the old Acworth Depot had fallen on hard times. In 1970, it had been cut in two pieces and removed from its original location on Main Street to a lot on Winn Street. The site where it once stood became a parking lot. The depot sat unused for many years and was in a decrepit condition.

So Mack Turner, who is now vice president of the Save Acworth History Foundation, wrote a post on Facebook expressing his disappointment about the depot, and that city leaders had decided in the 1960s to tear down historic buildings on the east side of the tracks. The depot was built in 1893 and had been the lifeblood of our railroad town for many years. A lot of people agreed with Mack. 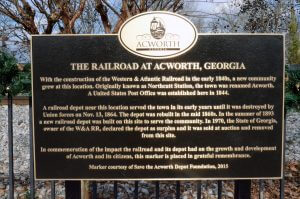 In early 2013, a group of like-minded individuals met at Center Street Tavern and started the Save the Acworth Depot project. A board was formed and acquired tax-exempt status. The City of Acworth agreed to give the group the lot on Main Street next to the caboose if they could meet their goal to raise $150,000 by June 2015.

Then came the hard part – fundraising. The project did not qualify for grants because the building had been moved from its original location. The group held art auctions, car shows and yard sales, and received 14 pledges of $5,000. Ultimately, the group fell $50,000 short of its goal, so one of the depot buildings was sold.The building was dismantled and some of the wood was used to build custom furniture.

But the City of Acworth was so impressed by the group’s efforts that officials decided to build a smaller replica of the depot next to the caboose and to call the area Depot Park. Bids for construction of the new building are being prepared and groundbreaking will likely start at the end of the year. The new structure will house artifacts and historic images. City officials asked the depot group’s board to help compile Acworth’s history, so the group changed its name to the Save Acworth History Foundation.

The foundation’s focus is to raise funds for production of oral history interviews with long-time residents. The group is also involved in collecting digital images of historic significance to Acworth. Dr. Tom Scott, professor emeritus of history at Kennesaw State University, donates his time to conduct the oral histories, but the cost of the videography is $350 per interview. To watch some of the histories that have been recorded, search for Save Acworth History on youtube.com. 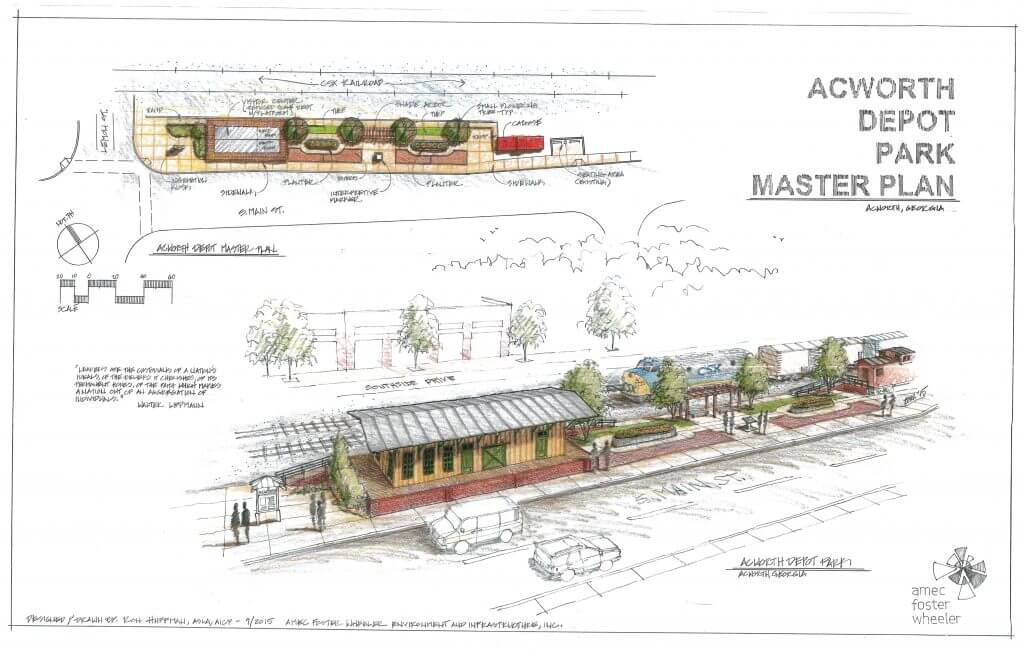