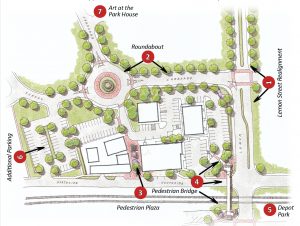 The pedestrian bridge will include two towers –  one at Main and Lemon streets, and another on the opposite side of the tracks at Northside Drive and Lemon Street. The bridge that extends between the towers will be illuminated at night. Completion is scheduled for the end of 2018.

Depot Park will include a replica of Acworth’s 1893 train depot, which will house the city’s history center. The center will include artifacts, historic images, and oral history interviews with long-time residents.

The Save Acworth History Foundation raised money for production of the oral histories and has collected items for the facility. Completion of Depot Park is estimated at late 2018, or early 2019.

Disruption of traffic flow is expected during construction of the projects, and alternative traffic plans will be used.

A few blocks away, crews are working to restore a historic home across from the Logan Farm Park expansion that will serve as a new city arts center. The center, which is called  Art at the Park House, will be operated by the Acworth Art Alliance. The center will provide painting classes and sponsor events and activities. A ribbon cutting for the arts center is scheduled for Nov. 16 at 4 p.m.

In October, the city opened the newly restored mid-1800s Logan Farm House to serve as a city events center available for rent for weddings, receptions, corporate gatherings and other events. The home is located at 4756 Logan Road, next to Acworth Parks, Recreation and Community Resource Department.

The redevelopment projects will cost about $8.5 million. The funding source is a combination of Special Local Option Sales Tax (SPLOST) funds, and other funding mechanisms, according to city officials.

The city has worked during the past 15 years to revitalize Historic Downtown Acworth to make the area a walkable and economically thriving community.

Previous projects include:
• The addition of five public parking lots downtown.
• All railroad crossings were converted to silent crossings to reduce horn noise when trains travel through town.
• In late 2016, the city opened the expanded Logan Farm Park on Cherokee Street with walking trails, open green space, a picnic shelter and large playground.

For more information about the projects, and to sign up for updates, please go to acworth.org. Click on the Downtown Redevelopment Projects tab. 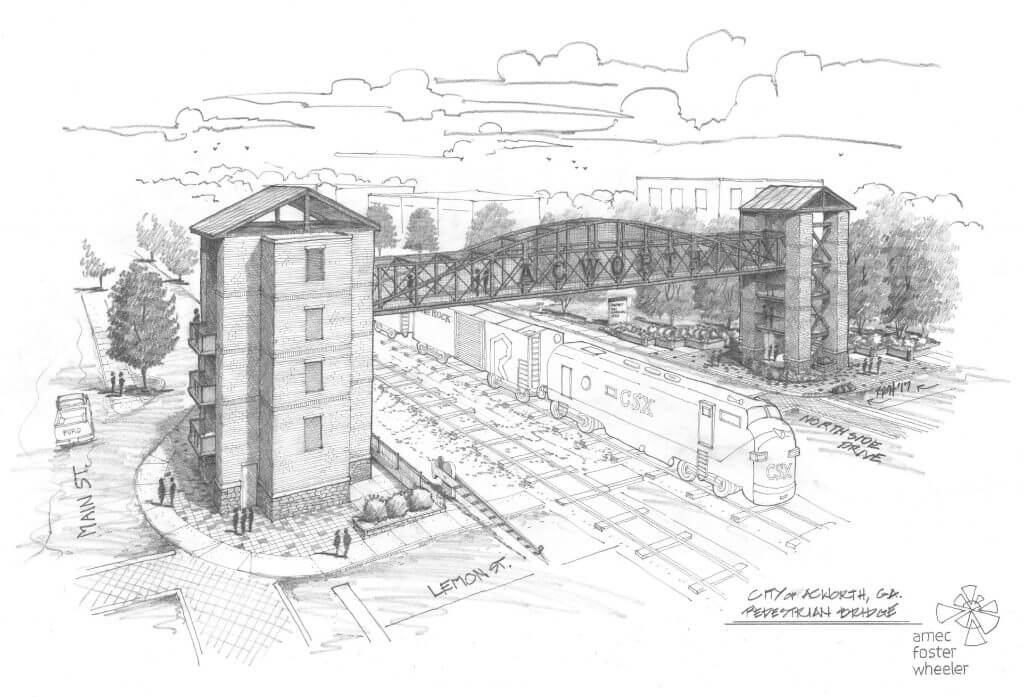