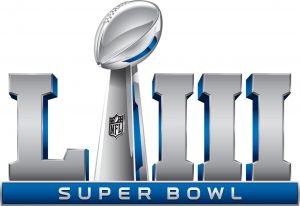 The big game is coming to Atlanta! That’s right, Super Bowl LIII will be Feb. 3 in Mercedes-Benz Stadium. For just the third time in history, Atlanta will play host to the country’s largest sporting event, so you don’t want to miss it. But, don’t worry, if you can’t afford the high-dollar tickets to the game, we’ve got you covered with all the ways you still can be close to the action.

Super Bowl LIVE
Presented by Verizon, this free six-day fan festival takes place at Centennial Olympic Park leading up to game day. The fan-fest event will begin Jan. 26 and run through Feb. 2. Atlanta-based, Grammy award-winning producer Jermaine Dupri was named the event’s music producer. He was charged with securing musical artists and producing the concerts. Dupri is the founder and CEO of So So Def Records, which is celebrating its 25th anniversary this year. Super Bowl LIVE will be open to the public the following days and times.

Details on musical artists were not available at press time. www.ATLSuperBowl53.com.

Bud Light Super Bowl Music Festival
The first Bud Light Super Bowl Music Festival kicks off Jan. 31 as part of the EA Sports Bowl. The music fest will run through Feb. 2 at State Farm Arena, home of the Atlanta Hawks. Thursday’s lineup is the most packed. It headlines Ludacris and Migos and includes a DJ set from Lil Jon. The Super Friday set features Aerosmith and Post Malone. On Super Bowl eve, Bruno Mars and Cardi B are set to perform. Tickets are on sale now. www.SuperBowlMusicFest.com.

Celebrity Flag Football Game
Alongside Celebrity Sweat, the Atlanta Braves will host the 19th annual Celebrity Flag Football Challenge Feb. 2 at SunTrust Park. Former Atlanta Falcon Michael Vick will square off against last year’s winning quarterback, Doug Flutie. Teams will consist of pro athletes, celebrities and musicians. The honorary captains for the event are Ron “Jaws” Jaworski, Michael Irvin, Andre Reed and Brian Jordan. More than 20 celebrities are scheduled to participate. The pregame show will feature marching bands and cheerleaders from Atlanta Public Schools. There also will be a military scrimmage prior to kickoff, where members of the armed forces will take on the professionals. Tickets are on sale now through Ticketmaster.

“Off the Wall” Display
As part of the Legacy 53 initiative, 10 artists were commissioned to do 30 large-scale murals around downtown Atlanta. “Off the Wall: Atlanta’s Civil Rights & Social Justice Journey” shines a spotlight on Atlanta’s role in civil rights, human rights and social justice movements. The 30 murals will be installed in the neighborhoods bordering Mercedes-Benz Stadium, in addition to other areas of downtown. The murals will go up before Super Bowl LIII and will remain as part of the city’s permanent public art collection. www.AtlSuperBowl53.com.

College Football Hall of Fame Fan Experience
A great alternative to experiencing the game you love during Super Bowl weekend, the College Football Hall of Fame features historic and contemporary memorabilia, children’s activities, interactive multimedia displays, a theater featuring a high-definition film, and activity spaces. In addition to the exhibits on display, the hall has a 45-yard indoor football field where fans can test their abilities kicking field goals, throwing like a quarterback and taking on the obstacle course, all part of the Chick-fil-A Peach Bowl Skill Zone. Open 10 a.m.-5 p.m. Sundays–Fridays and 9 a.m.-6 p.m. Saturdays.

The Impact in Cobb

Information shared at a Nov. 26 Cobb Board of Commissioners meeting outlines the effect of the Super Bowl on Cobb County International Airport — McCollum Field.

• The Federal Aviation Administration projects 1,100 aircraft parking are spaces needed for the Super Bowl. Among all airports within 90 miles of Atlanta, there are 900 available, with 200 in Cobb (the most of any airport in metro Atlanta).

• For the first time in Super Bowl history, the three largest charter jet companies in the country will operate out of the same airport (Netjets, Flexjet and Wheels Up).

• Cobb has 22 air slots for Monday departures, more than any other airport in metro Atlanta. There are only 103 slots available in the metro Atlanta airspace at any given time. Flights are scheduled to take off less than 3 minutes apart. According to the FAA reservation system, Cobb has flights scheduled every 2.75 minutes, based on possible poor weather conditions. If weather conditions are good, Cobb could operate faster. 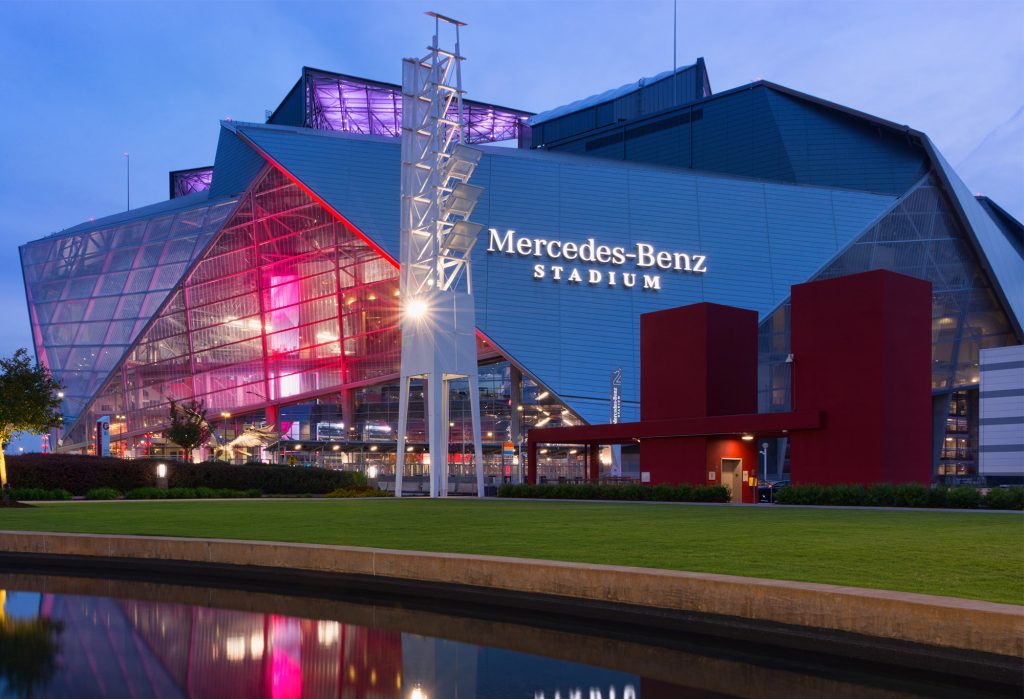