Around Acworth is delighted to share a series of articles by Becca Kienel that focus on Acworth’s fascinating history. In the May issue, Kienel shares a story about four homes designed by one of Georgia’s First Female Architects.

So, what does the Collins Avenue Historic District have to do with women’s history in Georgia? Four of the district’s homes were designed by Leila Ross Wilburn, one of state’s first female architects.

In 1926, when Fred Kienel (my husband Rick’s grandfather) moved his business, Unique Knitting Co., to Acworth, he had four homes built for himself and employees. He had materials shipped from Philadelphia, but hired Wilburn to design the homes.

Wilburn was born in Macon in 1885, and moved with her family to Atlanta in the 1890s. Wilburn studied at Agnes Scott College, and afterward the 21-year-old traveled around the country to study the emerging Arts and Crafts movement. She used her Kodak camera to capture some 5,000 photographs of residences that inspired her. She opened her own architectural office in Atlanta in 1909, designing only residential properties. In 1915, Wilburn listed herself in the Atlanta City Directory as a “scientific designer of artistic bungalows.” 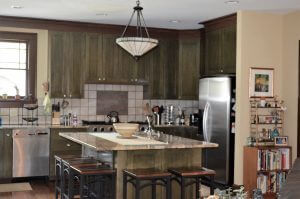 In 1914, Wilburn published her first pattern book, “Southern Homes and Bungalows.” She published six other books before her death in 1967. She was a plan-book architect, which means she concentrated her efforts on design, instead of the usual architect’s duties of consultation with owners, supervision of contractors and day-to-day operations.

Wilburn was one of only two women architects practicing in Atlanta during the early part of the 20th century. Wilburn’s architectural designs can be found throughout Atlanta, from Midtown, Inman Park and Ansley Park, to modest bungalows in Decatur neighborhoods. She was one of the primary architects of the MAK Historic District in Decatur.

While being a female in her profession presented challenges, she believed that her sex was an asset to residential work, and said, “Being a woman, I feel that I may know the little things that should go in it to make living in the house a pleasure to the entire family.”

The two smaller Craftsman bungalows in the Collins Avenue Historic District are representative of Wilburn’s small house designs, but both of the homes have been enlarged and the upstairs turned into additional living space. The original plans can be found in her book, “Ideal Homes of Today.”
These homes are one-and-a-half-story side-gable bungalows, and original features include a recessed corner porch with square post, a shed-roof front stoop with curved supports, and wide eaves. The houses also feature Craftsman-style windows, door and sidelights.

In June, we will cross the railroad tracks and look at a home with an unusual history. 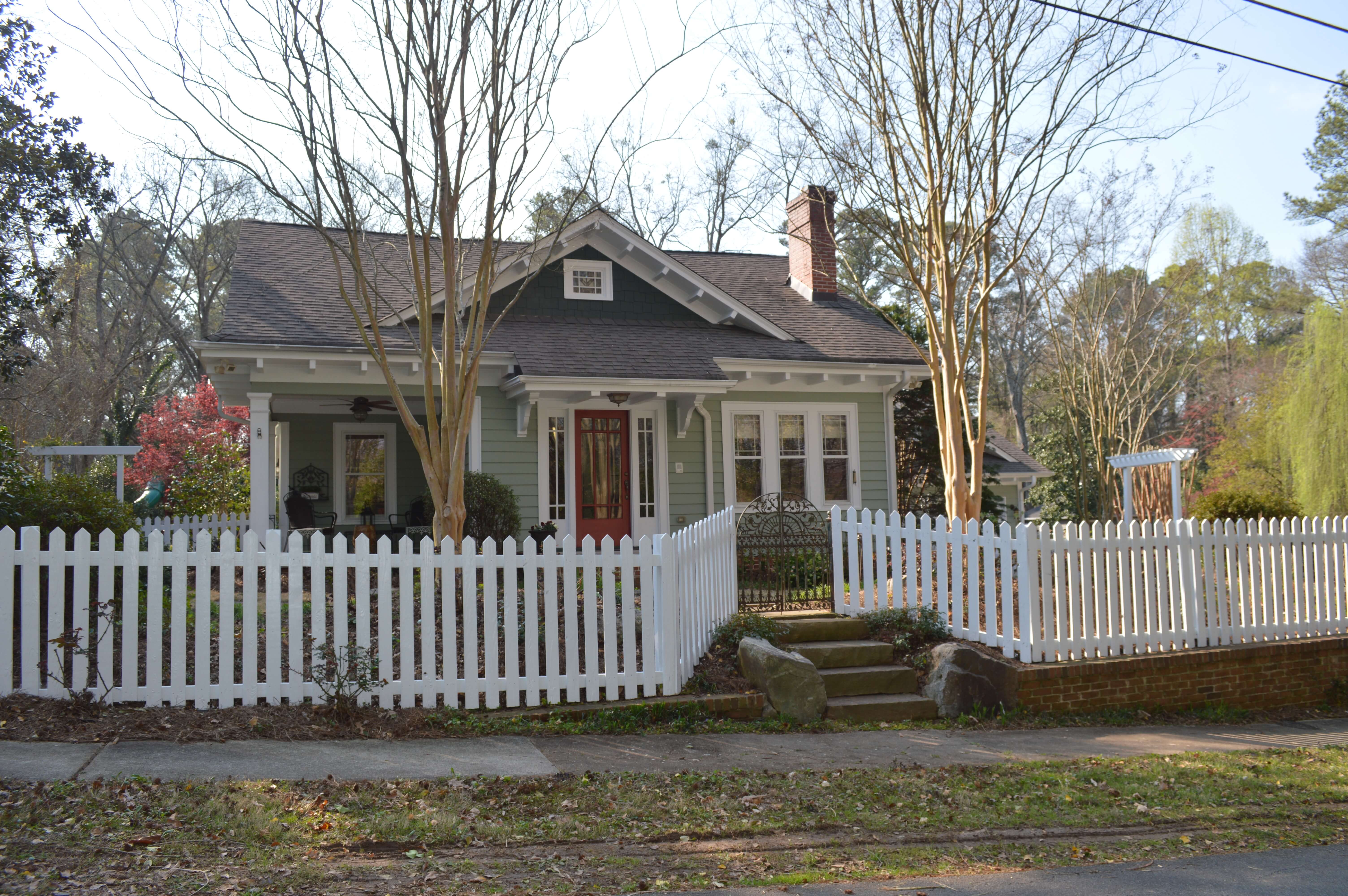