If Hanukkah is the holiday constantly in flux for most Jews, Pesach (the Hebrew word for Passover) is the holiday that very much stays the same. According to recent studies, more than 70% of Jews attend a Seder, the traditional Passover dinner, each and every year. The dinner is, by design, a multigenerational educational experience, where Jews use rituals to pass down the story of the biblical Exodus from one generation to the next.

The eating of matzah, translated as unleavened bread, is by far the best known ritual of the eight-day Passover celebration. According to legend, when the Jewish people left Egypt, they were so eager for divine redemption that they could not even wait for their bread to rise. Thus, to this day, matzah is made by not permitting the dough to bake for longer than 18 minutes. An alternative tradition teaches that matzah is called “the bread of poverty,” because it was low-quality food fit for slaves. With each bite of matzah during Passover, we remind ourselves of how privileged we are today to enjoy our freedom throughout the year.

Throughout the Seder dinner, there are several other rituals that seek to remind us of how privileged we are to enjoy our freedom. Jews meticulously reenact these rituals, guided by a book known as the Haggadah, which is the Hebrew word meaning “to tell a story.” We dip parsley in salt water to remember the tears of the Israelites who traveled from slavery to freedom. We eat bitter herbs, usually horseradish, to remind us of the bitterness of slavery.

Observing Passover has its challenges, related to the dietary aspects associated with the holiday. To keep kosher for Passover and to refrain from the prohibition of eating leavened bread products (those baked with rising agents such as yeast), Jews clean their homes meticulously before Passover, to remove all sources of leaven. We trade out our dishes, pots and pans, for special Passover ones that we know have not been subject to leavened bread contamination throughout the year. After removing any remaining leaven, we then purchase new unleavened food items that specifically are marked as being “kosher for Passover.” These foods often come at a much higher price tag, due to the extra supervision involved in the process.

In Israel, of course, these rituals are largely the same: albeit with one significant exception: Israeli restaurants, eager not to lose their business, will turn over their kitchens and become kosher for Passover. This means that instead of cooking or eating at home all week, many Israelis will simply order takeout throughout the holiday. While, in the diaspora, we may cook from scratch for a week, in Israel there are “Seder specials,” where you can order the entire meal prepared, from soup to nuts.

Ultimately, as American Jews living in the 21st century, celebrating Passover is an extraordinary privilege. Throughout Jewish history, and even today, there are communities who are not as blessed to enjoy many of the freedoms that we do. This Passover, like every year, Jews around America will raise our wine glasses to celebrate our feast of freedom. I only pray that our children and grandchildren continue to know this joy that we experience today. 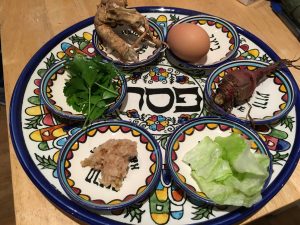 The Seder plate is the focal point of the proceedings at Passover. It can be an ornate silver dish or a humble napkin. The important thing is that it holds the ceremonial foods around which the Seder is based: matzah, the zeroa (shankbone), egg, bitter herbs, charoset paste, karpas vegetables and salt water.

Every item on the Seder plate has meaning and symbolism. Here is a list and description of each food and why it is included.

Matzah
Three matzot are placed on top of one another on a plate or napkin, and then covered.
The matzot are symbolic of the three groups of Jews: Priests, Levites and Israelites.

Hard-boiled egg (beitzah)
A hard-boiled egg represents the pre-holiday offering (chagigah) that was brought in the days of the Holy Temple.

Bitter herbs (marror)
Bitter herbs are a reminder of the bitterness of the slavery experienced by the Jews in Egypt. Freshly grated horseradish, and romaine lettuce (or endives), are the most common choices.

Charoset
This is a mixture of apples, nuts and wine, which resembles the mortar and brick made by the Jews when they toiled for Pharaoh.

Karpas (vegetable)
Many Jewish families use parsley, called karpas in Hebrew. This vegetable alludes to the backbreaking work of the Jews
as slaves.

Salt water
Salt water symbolizes the tears and sweat of enslavement. Often, a single bowl of salt water sits on the table into which each person dips their karpas during the seder. 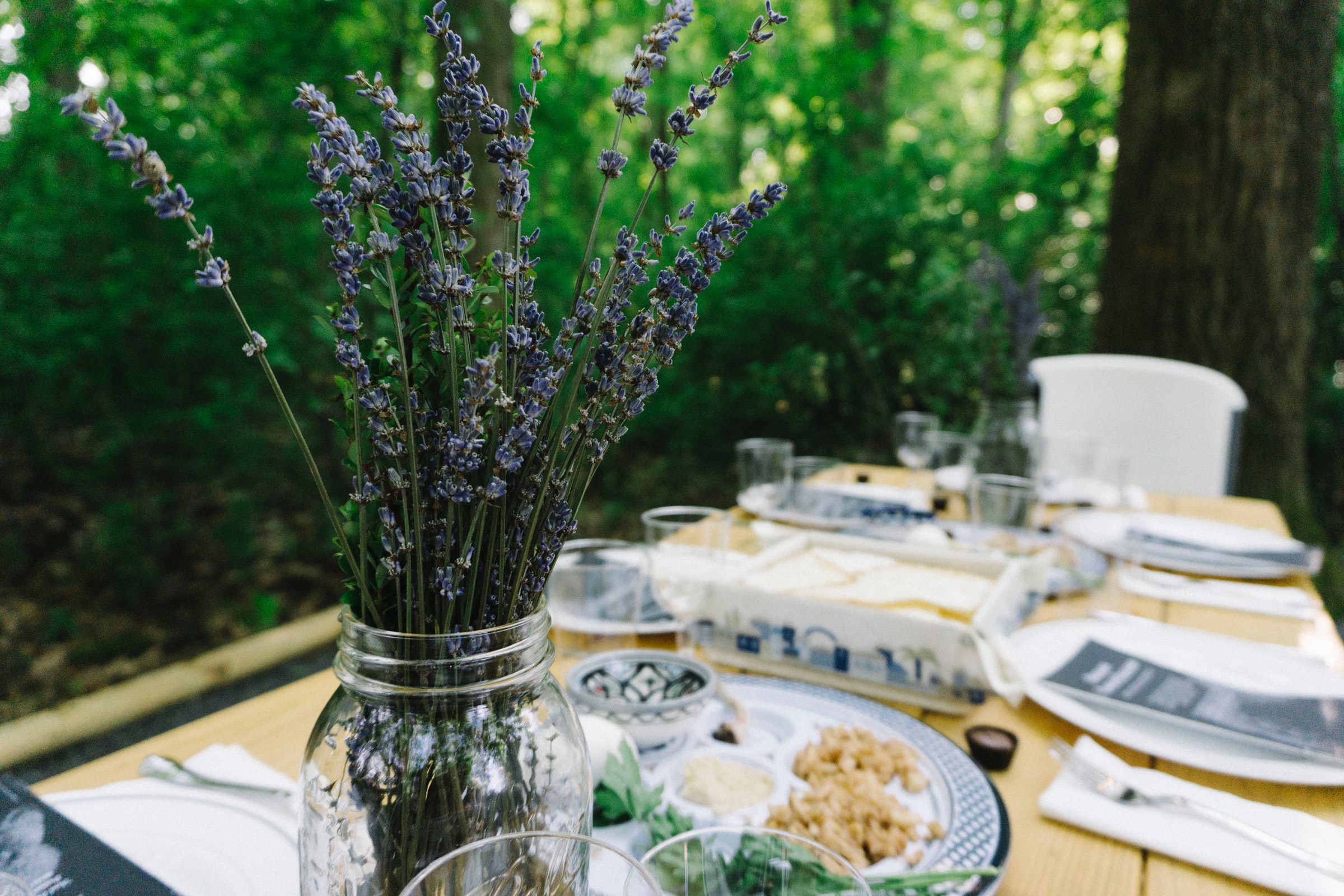