Now that it’s the holiday season, gifts probably are on your mind — including gifts to charities. Although your intentions are good, you could be shortchanging your recipients and yourself by your method of giving. With some guidance, you can make choices that work well for you and those charitable groups you support.

You could simply give money to these groups. However, by donating other types of assets, can you increase your gift’s value and gain greater tax benefits, too? 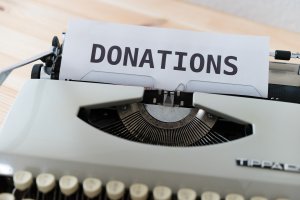 It’s certainly possible, but your ability to gain tax advantages depends somewhat on whether you can itemize deductions on your tax return. Due to legislation passed a few years ago that significantly increased the standard deduction, many people aren’t itemizing anymore. But if you still itemize, you generally can deduct up to 60% of your adjusted gross income for cash donations to IRS-qualified charities.

One possibility is donating investments, such as stocks, that you’ve held for a long time and that have increased in value. If you itemize, you can deduct the full market value of the asset, up to 30% of your adjusted gross income, and you won’t incur the capital gains taxes you would have if you eventually sold the stocks.

These charitable-donation methods are not secrets, and you don’t have to be wealthy to employ them. Yet, here’s an interesting statistic: Those working with a financial adviser on charitable strategies are more than three times as likely to donate noncash assets, such as stocks, than those who contribute to charities but don’t work with an adviser, according to an August survey from financial services firm Edward Jones and Morning Consult, a global data intelligence company. These findings suggest more people could be taking advantage of tax-smart charitable-giving moves, if only they had some guidance.

Also, with some professional assistance, you might find it easier to implement your charitable-giving decisions within your overall financial strategy.

Your instinct to support charitable groups is commendable, and by getting some help, you can turn this impulse into actions that might benefit everyone.

This content was provided by Edward Jones for use by Roberto De Jesus and Amanda Yingling, your Edward Jones financial advisers in Acworth. Member SIPC.

– Roberto De Jesus and Amanda Yingling are financial advisers for the Edward Jones branch on Cedarcrest Road in Acworth.