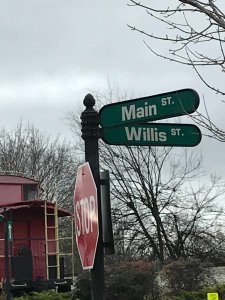 This account is based on U.S. Census records, word of mouth from family and friends, and reasonable suppositions. It is by no means inclusive of all information on the subjects, and is not meant to leave anyone, or any relevant fact, out. I hope to share some of my family’s history in the beautiful historic city of Acworth.

Willis Street has been a narrow, meandering street through Acworth for many years, perhaps more than 150 years. But how did the street get its name? The answer is deeply rooted in the history of Acworth, and fond to the descendants of the family.

I live on Dewberry Circle, along with my wife, Suzanne Ivie Willis. I grew up in Acworth, not the city proper, but north of town and went to school in Acworth. I only ventured as far away as Powder Springs, but returned to the city to live more than five years ago.

This story starts in the early 1800s. Samuel Robertson (1802-1885) and his wife, Celia Martin Robertson (probably 1805-1876), both of whom are buried in the Northcutt-Pyron walled cemetery, near Thomasville Drive at the edge of the Acworth Mills/Coats and Clark property, were some of the settlers of the area. Samuel Robertson was an Acworth City Commissioner prior to the Civil War. This pioneer couple had, by some accounts, up to 16 children, including a daughter named Celia.

Celia Amanda Robertson was born in 1837 and died in 1913. Early records indicate that she married a young man, who was born in North Carolina, had lived in the Blairsville area, and migrated to Big Shanty, where he served one year as Postmaster at Moon Station from 1855-1856. His next stop was Acworth.

Abel Willis and Celia Robertson married in 1859, and later lived on Willis Street, thereby giving the stretch of unpaved city street its name (The 1910 Census calls the street Willis Avenue).

The couple lived in Acworth during a most trying time for the entire country. They had a son, William Mays Willis (1861-1914), who lived in the Acworth area his entire life.

During and after the Civil War, Abel Willis wrote letters to one of his brothers, Andrew Jackson (A.J.) Willis, who migrated to the Kansas territory. My son, Jayson Willis, and I had the privilege of getting a copy of some letters from a descendant of A.J. Willis, during a visit to Salina, Kansas, in the late 1990s. It revealed the emotions and sense of uncertainty of the times in Acworth.

Abel and Celia Willis acquired a farm in south Bartow County. They worked the farm together. They had a daughter, Della Willis (1877-1956), when their son was about 16 years old. Celia Willis later returned to live on Willis Street, and Abel stayed at the farm.

In 1885, Abel and Celia Willis were divorced. Their daughter, Della, was approximately 8 years old, and stayed with her mother in town. The divorce agreement required that Abel leave his assets to his daughter upon his death. His will was never changed, even with Della reaching maturity and marrying Johnny O. Davis.

Upon the death of Celia Willis in 1913, her property assets were left to the daughter, Della Willis Davis.

Descendants of those 10 children live in the Acworth area. Henry Grady Willis, known by most as Grady, was my grandfather. Since he died at the young age of 50, I never met him.

The only surviving children of Grady and Larah Willis are Harold Willis, a long-time resident of Baker Road, and Sallie Willis Kennedy, a long-time resident of Hickory Grove Road. Their son Donald Grady Willis (1925-2016) was my dad. He married my mom, Julia Allene Grizzle, in 1949, and had twin sons, my brother Danny (married to Rhonda Hicks Willis) and me.

Many descendants of Abel Willis and Celia Robertson Willis live in the Acworth area. My grandson is the proud namesake of forerunners of our long-time Acworth family. His name is Samuel Abel Willis. He was born in 2015 to my son, Jayson Willis, and his wife, Megan Greenway Willis, who live on Lakewood Drive in Acworth. 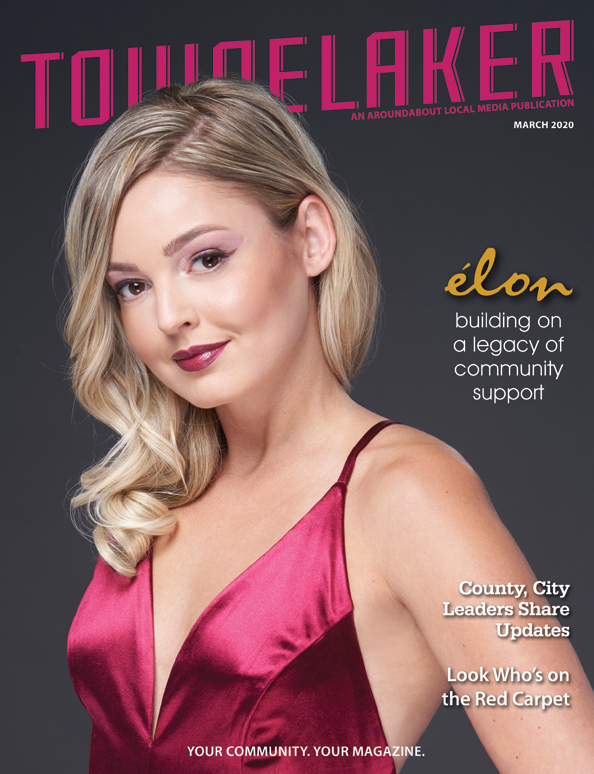