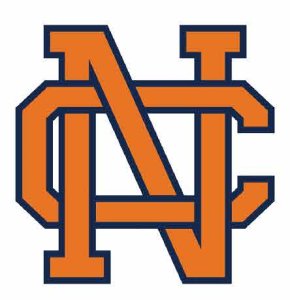 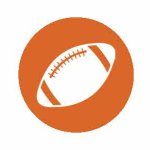 The 2022 North Cobb football team was excited to get the season started. Since a heartbreaking loss to Roswell in the playoffs, the senior class has provided great leadership and has had a great offseason in the classroom and weight room and on the practice field. The Warriors boasted a 3.2 GPA at the end of the season. Coming off back-to-back 10-2 seasons and two straight region championships, the coaches and 13-player leadership council worked on “the little things” during the offseason and stressed accountability. The offseason and summer workouts had great attendance and have resulted in strength improvement and development.

The senior class will be the strength of the Warrior team. The offense returns six starters, and on the defensive side, six starters return as well. The offense is led by all-state quarterback Malachi Singleton, who had 51 touchdowns his junior year, with 26 coming through the air. Malachi is committed to The University of Arkansas. Ben Hall returns at running back and is committed to The University of Michigan. David Mbadinga will split time in the backfield. The offensive line is led by three-year starters Blake Ellsworth, Marselle Felton and Robert Grigsby, who is committed to North Carolina. Zach Addison and Dominique Moody also will start on the line. The wide receiver group is new but very talented. The only returning starter is David Eziomume. Elijah Lee, Xavier Jackson, Branch Bennett and T.J. Smith give Singleton many targets.

The Warriors have one of the toughest schedules in the state. They opened with a scrimmage against defending state champion Collins Hill on Aug. 12. Nonregion games with Westlake, Milton, Buford, Marietta and Northside Warner Robins will prepare the Warriors for their Region 5 Class 7A contests. 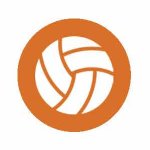 North Cobb volleyball had a great 2021 season, compiling a 30-14 record while maintaining a Top 5 ranking in the state all season. However, after advancing to the Sweet 16, we had the toughest second-round matchup in the state with No. 2 Alpharetta. We lost a five-set thriller, but it gave us valuable experience for this upcoming season. 2022 should be another strong season, with an even longer run in the state playoffs.

North Cobb returns 13 varsity players, including 10 players with significant starting experience from a year ago. The team is led in hitting by senior Jaidyn Garcia. Garcia was an all-region and first-team all-state selection last season, as she was one of the best right-side hitters in the state. Our returning outside hitters are junior Nikol Antova and sophomore Sara Boyle, both providing significant power from the outside. We have four-year varsity starters in seniors Laila Hixon (setter), Elena Brown (defensive specialist/libero) and Ryanne Fazio (right side). Hixon recorded her 1,000th assist midway through last season, and we will be leaning on her heavily again this year. Brown has been a primary passer for us since she was a freshman, and Fazio has been a starter at right side since her freshman season as well. All three will be counted on as leaders of our team.

We have three middles who started last year for significant stretches and are ready for breakout years. Senior Jasmin Edwards, junior Titomi Adeyinka and sophomore Carys Sanabria bring talent to the court and are blocking machines. Sophomore Oliva Boyle will be counted on this year as both a setter and right-side hitter. She started the first half of last season before sustaining an ankle injury, but she is back now and better than ever. Our third setter, junior Anabell Gordon, has impressed this summer and has helped us win some big games the last few weeks.

We have several returning and new varsity players who are going to make an impact on the team this year. Senior Carson Walker is the other top returning defensive specialist and will play with newcomers sophomore Itoro Okpok and freshman Hannah Nicholson. These passers will make our defense even deeper and better than last season. We also have three junior hitters in right side Imani Mensah and outsides Hannah Lumpkin and Alex James, all of whom have demonstrated they are ready for the spotlight. 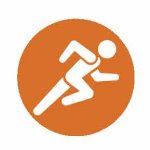 Coach John Huff and the North Cobb cross-country Warriors are excited to be in a new region this fall. Neither squad qualified for state last year, but we are a determined, hardworking group with big expectations for the 2022 season.

The boys were beat up pretty badly by graduation. Senior Kevin Pumillo is the loan returner from last year’s Top 7. Pumillo is joined this year by junior Sebastian Barr and two impressive freshmen, Peyton Lewis and Tobi Omoteso. Though it’s a rebuilding year, the boys have high hopes for a state-qualifying season.

On the girls’ side, we return four out of our Top 7, plus our No. 8. Led by senior Alexis Christian, junior Isabel Baxter and sophomore Sepideh Ghasemi, the ladies are coming back strong. Christian is coming off a track season where she ran 2:20 in the 800 meters. Other returning talents include Lacy Kluck, Schylar Puhlman and Ndiya Onuoha. We’re very excited to see what these girls accomplish this fall. 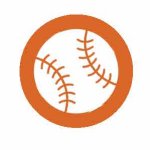 In the previous two seasons, the Warriors have been a young and gritty bunch, all while playing in a very demanding region. With experience now on their side, the team’s 2022 campaign is an optimistic one, with several key returning starters. Mackenzie Mathews is a two-time second-team all-region selection who is poised to finish her North Cobb softball career on a high note. Returning juniors include Aubrey King, Samantha Mathews, Lauren Byrd and Soleil Smith, all of whom have been mainstays since their freshman year. Returning sophomores Rileigh Queen, Kate Self and Audrey Ward are extremely versatile in the field and at the plate. As for the freshman class, which can be best described as a blue-collared group, it is bringing a new type of competitiveness to the team. A great mix of talent, offensively and defensively, is providing excitement as the Warriors look for continued growth and success this season. 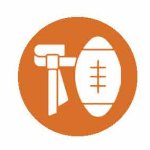 After a great inaugural season in 2021, the North Cobb flag football team is looking to continue to grow and succeed in the 2022 season.
The Warriors will enter a new area with Pope, Kell, Wheeler, North Paulding, Lassiter, Walton, Kennesaw Mountain, Harrison and Allatoona. The team will be bringing back key players Rileigh Queen, Aubrey King and Gabby Morales and looks forward to adding new athletes from other sports, such as softball, basketball, volleyball, soccer and lacrosse. Tryouts will begin the week of Sept. 19, and the season will open with a doubleheader against St. Anne-Pacelli and South Cobb, starting at 6 p.m. Oct. 10 at North Cobb High School. 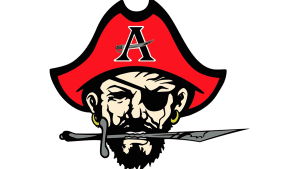 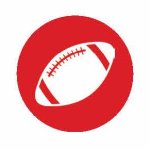 The 2022 Allatoona Buccaneers move into a new region and look to keep alive their 12-year streak of advancing to the playoffs. The team, once again, will depend on the defense. Led by Air Force commit Vinnie Canosa (linebacker), Devonte Foster (linebacker), Khalil Debrick (safety), Mekhi Buchanan (defensive end) and Ezra Odinjor (defensive end), the Buccaneers have all the pieces to keep opposing offenses at bay. This year’s offense will count on its running game again. Conner Brennan (center), Tyler McGuire (quarterback), Brody Moore (wide receiver), Aiden Vandegriff (wide receiver), Jayden Ponder (running back) and A.J. Fitts (wide receiver/cornerback) look to be the key pieces to getting the Bucs to the postseason. Head coach Gary Varner is excited about the challenges of the new region and looks forward to what this team can accomplish. 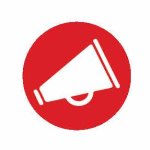 As the 2022-23 school year started, the Allatoona Bucs competition cheer team already had had a full summer. The team is one of the most talented to come through Allatoona. Many members participate on local all-star teams and in high-level tumbling that helps them improve on the mat.

As members of the powerhouse senior class, captains Katie Hendrick and Madie Whitehead are the leaders. Both have participated in the Allatoona cheer program all four years of high school, being crucial members in sideline cheer and competition cheer. Hendrick brings a solid foundation to the team and is the epitome of a hardworking Buc. Whitehead leads the team with knowledge of stunting and tumbling, making her an awesome resource for the younger girls. As a duo, these girls encourage the younger classes and help with the team culture. The remaining seniors — Chloe Bryant, Lucy Makar, Alana Smallwood and Kaylan Brown — are vital assets and bring a high level of competition.

Our junior captains, Kristen Hur and Reece Kromer, are a great complement to our senior captains. Both are high-level athletes who are dedicated to the program and to rallying their teammates through encouragement and positivity. Other rock-star juniors are Gianna Bryan, Shelby Baxley, Elizabeth Orton and Stephanie Castro. And the talented underclassmen to watch are sophomores Kincayd Besse, Reese Brown, Lily Maddox, Hannah Thomas ​and Whitney Whitehead and freshmen Lacey Ellerbee and Gabby Roach.

Our experience this year rivals what we’ve had in the past, and we are ready for the tough challenge of region 6A. Our eyes are set on being region champions and leaving it all on the mat for the seniors who have dedicated four tough years to the team. After working hard all summer and putting together a routine unlike anything Allatoona has ever done before, we are counting down to our opening competition at Walton in September. 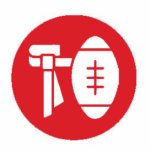 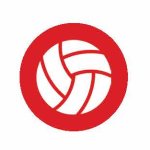 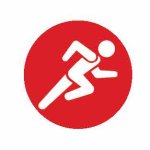 Boys: The Allatoona team is looking to improve on its 2021 season, which saw it place sixth in the county, fourth in the region and 26th at state. Coach Patrick Parsons, in his ninth season, believes the core group of runners’ veteran leader Grey Coker will be the strength of the team this year. The senior stepped into big shoes as a freshman to experience what it was like to compete at the varsity level early on, and that experience has paid off in how the runner’s training has changed over the past year. Other key runners this season are junior Grayson Smith and sophomores Jackson Alef, Will Magee and Walter Vick.

Girls: The Allatoona girls’ team had a solid season in 2021, finishing fifth in the county, second in the region and seventh at state. This group has been together since eighth grade, running in our Junior Bucs program. They have had success in the past and know what it takes to be successful. They also understand that improvement is not always linear. They have matured and grown a lot over the past year. They also have great incoming freshmen like Paige Schumaker and Maddie Diller, who will be great additions as they get used to the 5K races. Key runners this season are seniors Kelsey Grass, Abby Curtin, Carolina Hubbs, Cecilia Hensel, Anna Magee and Alyssa McFarlan and sophomore Emily Hohl. 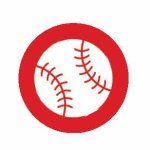