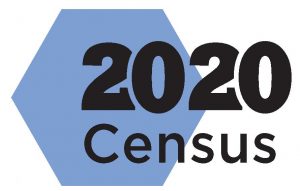 The signs are here. You’ve seen them on TV. Notices have come in the mail. Now it’s time to respond.
The 2020 census is upon us, the decennial event in which U.S. residents are asked to participate. In 1790, the United States took its first census. The founders of the country felt it was so important that they included it in the Constitution.

“Representatives and direct Taxes shall be apportioned among the several States which may be included within this Union, according to their respective Numbers…”
– Article I, Section 2

Census day is April 1, 2020. You will be asked to count every person who lives in your home on that date.

Why is it Important?
Much of the reapportionment of tax dollars happens based on the population count. After all, our responses determine where more than $675 billion is distributed each year to communities nationwide. And, once a community is counted, that is the amount of funding it receives for 10 years. Census data also gives community leaders vital information to make decisions about building community centers, opening businesses, and planning for the future, according to the Census Community Benefits Toolkit.

“The Census Bureau is responsible for more than 130 surveys each year. If you’ve received a survey or seen a census worker recently, it is likely for one of those. Don’t think that just because you filled out one census survey that it translates to the decennial – because it doesn’t,” Thompson said.

Programs That are Impacted
There are many, and you can see them all on the Uses of Census Data in Federal Funds report page from 2017 at www.census.gov. Some of the programs that could directly impact Cherokee County are, Title I Grants to local educational agencies, Federal Pell Grant, highway planning and construction, SNAP, Medicare, adoption assistance, career and technical education grants, wildlife restoration, English language acquisition grants, senior community service employment program, Assistance to Firefighters Grant, Disabled Veterans’ Outreach Program and Violence Against Women Formula grant.

How to Respond
The good news is, the census is easier than ever to complete. For the first time, residents can respond online. It’s safe, easy and important. By now, you should have received a card in the mail with the web address and a code for your household. It is 10 simple questions, and it is filled out for everyone living at the address. For example, if you have two families living at the same address, both of them go on the same census form.

If computers aren’t your thing, don’t worry because there is a phone number on the card that allows you to call a census-taker. If you haven’t responded by now, you’ll receive a paper form at the end of April.

Answers Are Secure
Your responses to the 2020 census are safe, secure, and protected by federal law. Your answers can be used only to produce statistics. They cannot be used against you by any government agency or court—not by the FBI, the CIA, the DHS, or ICE.

The census will never ask for Social Security numbers, bank or credit card numbers, money or donations, or anything related to political parties. If someone visits your home in April on behalf of the census, make sure they have a valid ID badge with their photograph, a U.S. Department of Commerce watermark, and expiration date.

Chances are, you or someone you know and love benefits from a program funded through census data. It’s important for residents to respond so the community can plan accurately. Help the census count everyone once, only once and in the right place.

Pam Carnes
President and CEO, Cherokee County Chamber of Commerce
“For organizations like the chamber, census data steers the traffic considering Cherokee County from both a business and consumer perspective. It isn’t simply about the population as a whole for Cherokee County or our cities, it’s about what goes into creating the bigger picture – age, gender, ethnicity, etc. Data drives decisions and census numbers impact those outcomes. From congressional lines to federal funding allocations, an accurate census count positively influences a community’s growth far beyond the 10-year window where we watch with bated breath for the next census to begin.”

Harry Johnston
Cherokee County Commission Chairman
“We use census data to better understand how fast we’re growing and the components of that growth by age, race, income, area of the county, and other factors. We get estimates of that data every year from the Atlanta Regional Commission, but we need the real count every 10 years to be sure it’s right.”

Tim Morris
Director, Cherokee County Senior Services
“The 2020 census will determine how much funding we receive through our Older American grants from the federal and state level. These grants are based on percentages of the 65 and older population, beneficial, for example, with future senior center sites for various areas in Cherokee County. The results may give us a need basis for certain cultures like the Hispanic population in Cherokee. I feel also the census will help us with the number of seniors who financially struggle for housing and we can take this data to try and work with groups for affordable housing for low income seniors. Recently my program has taken over the active adult seniors 55 and older and the census will help us determine which areas we should concentrate on programming for that group.”

Brian Hightower
Superintendent of Cherokee County Schools
“The upcoming U.S. census count impacts federal funding for numerous programs important to our schools and the students we serve, such as special education services, Head Start preschool, and free and reduced-price student meals. The count also affects funding for community programs that aid our students and their families, including financial assistance with food, housing and medical care.”

Rep. Barry Loudermilk
U.S. Congressional District 11
“The sole purpose of the U.S. census, according to our Constitution, is to identify the number of citizens in the nation and where they live, to establish Congressional district lines for the U.S. House of Representatives. While the government may also utilize this data for other purposes, the apportionment for Congressional representation is, and must remain, its primary purpose.”

Anita Summers
Executive Director, Sequoyah Regional Library System
“Here are three main responses I would give for the importance of the 2020 census to our libraries.
• State grants for libraries are calculated by a formula that is based on population. This includes grants for materials, certified librarians, and technology. The amount of funding we receive is directly tied to our population figures.
• Census data also drives federal funding allocations for libraries, including grants to states under the Library Services and Technology Act
• Census data helps local leaders make planning decisions, such as where libraries should be located, whether they should expand, and what kinds of services should be offered based on the characteristics of the community.”